How to Think Like a Great Graphic Designer 2: Carin Goldberg

This is the second in the series of blog posts where I'm sharing what struck me about each interview from the book, "How to Think Like a Great Graphic Designer" by Debbie Millman.

Speaking of compromise, I remember for my first job at CBS Records, I hired Milton Glaser to do an illustration for a Carole King ad. As I was dialing his phone number, I was shaking in my boots. It was like calling the pope. (Wow, It was heartening to learn that even Carin Goldberg was once scared of) I remember I rang him up, and I asked him to an illustration for a full-page ad for Carole King. He sent me an illustration that was–well, let’s say it wasn’t his best. I knew it, even though I thought of him as God’s gift to the universe. So I called his rep and told him we were hoping he’d give us something different.

Milton absolutely refused. He just said, “Sorry, what you see is what you get.” And I went home and cried and didn’t sleep for a week because I thought I had offended Milton Glaser. It wasn’t until many years later that I realized that he had done the right thing by standing up for what he thought was right. If you don’t people will take everything you have. You may risk loosing a job, but in the grand scheme of things, I believe that by standing up for yourself, you’re doing the graphic design business a service. 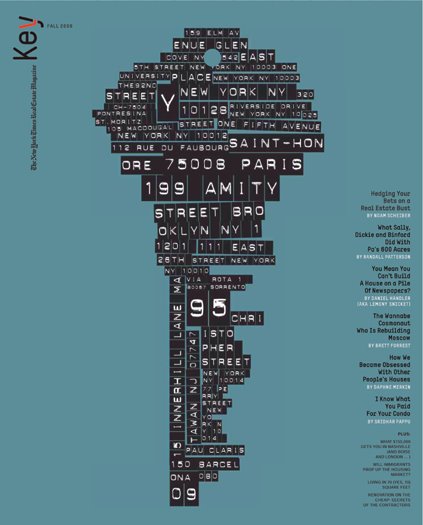 © Carin Goldberg. New York Times Magazine key cover: Rem Duplessis, art director of the Times Magazine, asked Goldberg to create the cover for the premier issue of key, a magazine focusing on real estate. Duplessis’ only request was that Goldberg somehow use the image of a key. Goldberg chose to create her key by using addresses of all the places she had lived throughout her life. The type mimics the ubiquitous labels used on urban apartment doors and buzzers. 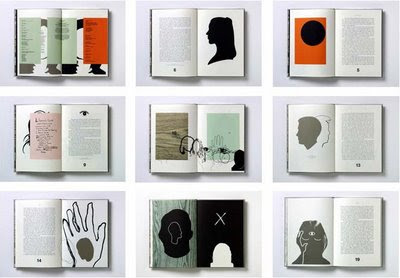